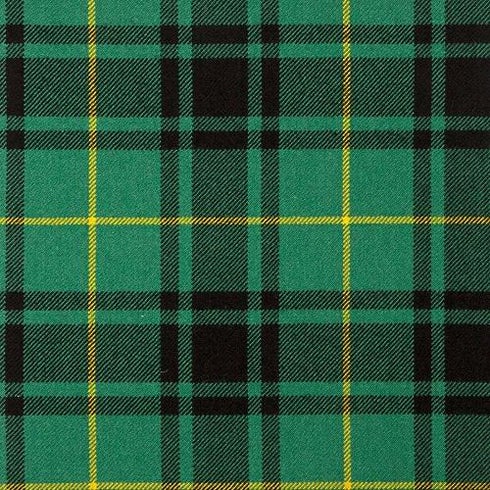 Clan MacArthur are one of the most ancient Highland clans. The MacArthurs were hereditary pipers for MacDonald of the Isles, and in 2002 the first clan chief for over 230 years was officially recognised. A Gaelic proverb has it that “there is nothing older than the Hills, MacArthur and the Devil”. Undoubtedly the MacArthurs formed the senior branch of Clan Campbell, from the days of Robert II, when the King conferred the lands of Strachur on Arthur Campbell from whom the Clan derives its name, to the days of James I, when their chief, John, was executed and their power began to wane. The MacArthurs supported Bruce and were rewarded by lands which had formerly belonged to the MacDougalls. The chief-ship is doubtful, but may reside today in the MacArthurs of Islay. John MacArthur of Strachur who went to Australia at the end of the 18th century with his regiment, built up the colony of New South Wales, virtually laying the foundations of the two great industries of wool and wine.

MacArthur Ancient Tartan is suited for any event and occasion. This Tartan is usually made of Acrylic Wool material and it has the features of green, black, and yellow colors in it which will lighten up the tartan and give it a bit more balance. Our custom-made MacArthur Ancient Outfit is sure to take you back in time to the glorious era of the MacArthur Ancient Clan. From emphasizing greatly on the lining and keeping the fabric friendly for soft and sensitive skin, the tartan can ideally be worn by children, men, and women of all ages. Celebrate the spirit and history of the MacArthur Ancient Clan. The Tartan represents Scottish culture and heritage. Made with the traditional crisscrosses, this tartan is the perfect gift for your loved ones. You can shop a variety of products made with this Tartan on our website. MacArthur Ancient Tartan is a fun, Present-day pattern that can turn heads wherever you go. 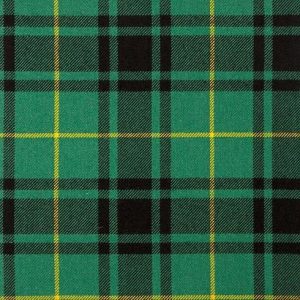 Looking For Your Clan/Family Tartan And Unable To Find It ?